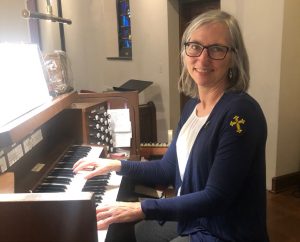 Deaconess Sandra Rhein has a Bachelor in Music Education from the University of Nebraska (1980) and an Master of Arts in Theology from Concordia Seminary, Fort Wayne, Indiana (2010). She is called by the LCMS Office of International Mission (OIM) to serve as a Sacred Music Educator for Asia. In this work she is called to share the musical treasure of the Lutheran Church abroad, primarily in Asian Lutheran Churches, where they want faithful worship in their own languages.

Previous to this call she worked as a hymnal consultant for the OIM. She was coordinating editor for the first hymnal for the Evangelical Lutheran Church in Kenya (2012), as well as a hymnal for the Ethiopian Evangelical Church Mekane Yesus (2019). Current hymnal projects include ones for the churches in China and Taiwan, Indonesia, and Latin America.

Sandra has served as an adjunct professor for Concordia Theological Seminary in Fort Wayne, Indiana, teaching deaconess classes in Liberia and Tanzania. She has taught flute and class piano at Bethel University, Mishawaka, Indiana.

Sandra’s husband Robert is also a musician. His doctorate is in piano performance and he has taught at Bethel University in Mishawaka, Indiana, since 1989. Sandra and Robert have four children and seven grandchildren.

The Fifth Sunday after the Epiphany 2/5/23

Fourth Sunday after the Epiphany 1/29/23